» Blog » The History of Rhodes Island 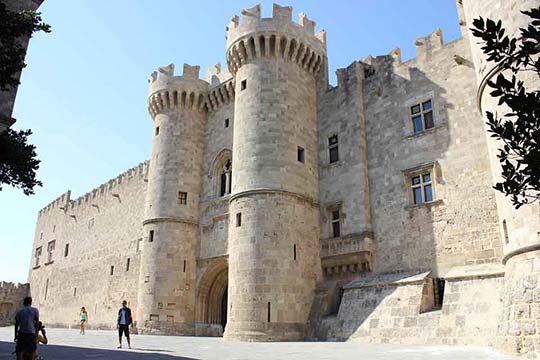 Rhodes Island is a Greek island that can be found in the Aegean Sea and it is among the largest of the Dodecanese islands in terms of population and land area. The island is the capital of the islands and it is famous for its Colossus of Rhodes which is among the seven wonders of the Ancient World. The old town of Rhodes is a World Heritage Site and among the most visited destinations in Europe, the overview of the history of the island can be found below.

Rhodes island has always been under constant attacks and dominations from the early times due to its strategic location. The first settlers of the island are from Asia and the next settlers on the island are the Dorians. The island is already a strong power in 500BC with many temples and structures like the Acropolis of Rhodes was built during this time.

The island then became part of the Delian League after the naval Battle of Salamis with the Persians losing the battle. The earliest city-states formed on the island are Lindos, Lalyssos, and Kameiros which combined to form the modern town of Rhodes in 480 BC. The island fought for its freedom after the fall and fragmentation of the Empire of Macedonia and then triumphed in 305BC after a long siege, it was in this period that the Colossus of Rhodes was constructed along the harbor. This magnificent statue was demolished during an earthquake.

The island flourished in a period of 150 years while showing its great maritime and navigation skills as it established its reputation among the best in this area. In 70AD, it then fell under the Roman rule which lasted for 300 years as it becomes part of the Byzantine Empire. Rhodes was also conquered by the Turks, Persians, and Saracens.

The Venetians played a crucial role in the history of Rhodes in the medieval times as the Knights of Saint John fortified the city of Rhodes with castles, citadels and also built the Palace of the Grand Master. There are several other castles that were built in the countryside like the Medieval Castle of Kritinia and Castle of Monolithos.

The Ottomans took control of the island after a long siege in 1523 and the island was taken by the Italians during the first world war till 1943. The Italians also made some contribution to the development of the island as they helped in the renovation of important sites and also the construction of nice buildings like the National Theatre. Rhodes and all Dodecanese islands then became part of the Greek state in 1947.

×
We use cookies to ensure that we give you the best experience on our website. If you continue to use this site we will assume that you are happy with it. Cookie PolicyAccept & Close