Posted on: Authentic Rhodes | Rhodes Attractions | Things to do in Rhodes 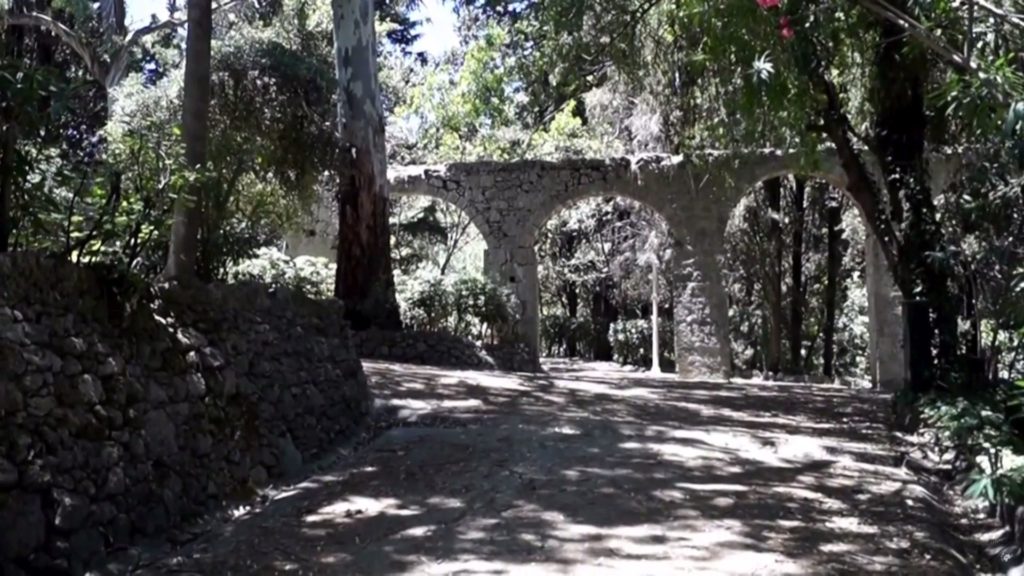 The oldest park in the world is probably the Rodini Park on the beautiful island of Rhodes. The park is an earthly paradise. It is located just three kilometers from the city of Rhodes, on the road to Lindos.

The construction of the park

Rodini has the same age as the city of Rhodes, i.e. 2,400 years old. It’s story begun with Dorieus in 411 BC.
He persuaded the Rhodians to establish a new city-state. For this purpose, he brought with him the planner of the Hippodromia school, to choose the exact location of it. So they built the park in 408 BC at the north-eastern end of the island to be close to the cities of the Aegean, Asia Minor and all of the Mediterranean.
The town planner divided the city by carving out a plan, creating building blocks. He specified zones of private residence and public function.
Its necropolis extended out of the walls and occupied all of its south side. The cemeteries were part of the general planning and planning of the ancient Greeks.
The stream of Rodini was a natural border between the necropolis and the ancient city. Its valley was located outside the city walls and was part of the Rhodian necropolis which, due to its abundance of greenery and water, functioned as a promenade and recreation area.
The natural beauty was the reason of choise of the place. The construction of monuments, tombs and offerings by the end of the classical period was simple. 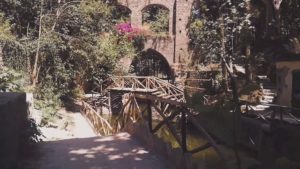 Historical background of the park

Rhodes was a center of commerce and spirituality during the Hellenistic period.
The changes of burial complexes, which are becoming larger and more imposing, contributed to the growth and prosperity of the city.
Such a huge tomb has been rescued in Rodini, in the place of “Pefkakia”. Later, they called it mistakenly as “Ptolemy”, because they found coincidentally coins of Ptolemies.
Other findings are a Corinthian tomb and several unexplored burial grounds.
An other important finding is the underground water galleries, built or carved in the rock. They were used to supply water mainly at the western part of the city.
During the Macedonian domination many orators settled in Rhodes. Among them was the orator Aeschines, who founded a rhetoric school. His teacher-training college was in Rodini Park.
During the Roman period, many villas were built in the area of Rodini, in selected locations, with a lot of vegetation.
In the era of the Knights, the villa of the Grand Master of the Knights of Rhodes was in Rodini Park. The valley was also a park during the Turkish occupation.
In 1940, the Italian conquerors expropriated property in the area of the park, in order to build infrastructure for the development of tourism for their benefit. Thus, they build projects, preserved historical monuments, developed archaeological sites, while creating a new, the so-called “Italian”.

Rodini Park today is a small valley full of oleanders, shady plane trees, running waters and cool bright green lakes full of water lilies, which crossing bridges.
You can rent a car and pass through the park. But it is worth walking in this idyllic setting, to cross the garden with roses, where you will feel complete peace and well-being.
There is also a small zoo in the park, where you will admire the famous Rhodes deers. Peacocks move freely throughout the park, giving an impressive as well as exotic note.
Inside the park you will find a refreshment bar where you can enjoy your beverage. Rodini Park is truly an ornament for the island of Rhodes, a place of entertainment, leisure and serenity.