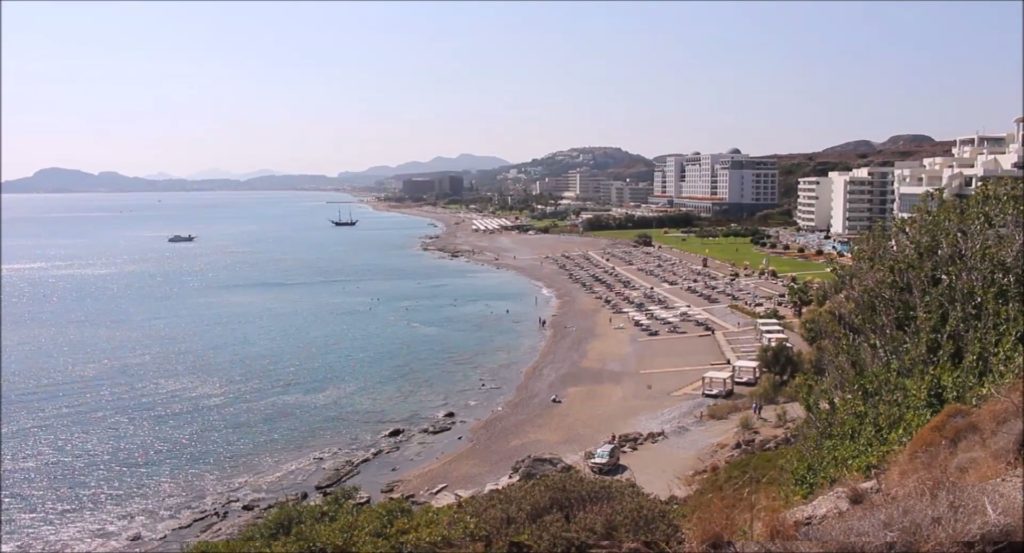 Faliraki belongs in the Municipality of Kallithea, and is 15 kilometers far away from the city of Rhodes. It is a fantastic area, suitable for a magical holiday. It combines beauty with jauntiness and fun. 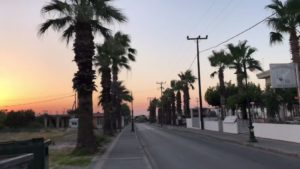 The History of Faliraki

Faliraki was originally a rural area. Its inhabitants engaged in agricultural work in the mountains and fishing on the coast.
In the past, the area was called “Pachynammos”, which meant thick sand. This was because the grains of sand in the area were larger than other beaches.
In 1912, the Italians landed on the main beach, describing Faliraki as a strategically important area. This is the reason that they carried out many development projects in it, as well as throughout the island of Rhodes.
In 1948, with the liberation of the Dodecanese and their integration into the rest of Greece, the tourist development of the region began.
The village got its name because of a resident of the then fishing village of Pachynammos. He had visited the coastal area of ​​Faliro in Athens for personal reasons. This place reminded him his village in Rhodes. Returning to Pachynammos, he opened the first cafe in the village, naming it “Faliraki”, which means little Faliro. This was a trademark of the area. So in the late 1950s the village took this name.
Then, over the years, the tourist development of the area begun, placing Faliraki in the top destinations in the world.

The beach of Faliraki

Faliraki beach covers an area of ​​about 6 kilometers. It is a fantastic beach with clean and turquoise waters.
The coastal zone of the beach is covered with sand and its seabed made of sand mixed with pebbles and scattered rocks.
On the beach there are permanent buildings, wooden corridors, showers, locker rooms and a 28m long pier. In the pier, speedboats for water sports anchore.
In addition, in the coastal zone there is sporadic vegetation of tamarisk trees, reedbeds and phrygana. Marine biodiversity includes mainly macrophytes and mollusks (petals). Moreover, the Reni stream ouflow there, which has a continuous flow.
The beach is fully organized. So you will find service facilities such as sunbeds and permanent umbrellas, WC and shower, changing rooms. There is also equipment for motorized water sports, sailing and windsurfing. You can find canteens, cafes and restaurants to enjoy your drink or food. There are also beach bars, pubs, and night clubs, which take off the fun, and make the place famous.
Swimming is the main activity on the coast. The beach receives about 2000 bathers. The area around the coast is residential with intense tourist activity. You will find a large number of hotels and rooms for rent, which offer comfort and high quality facilities. 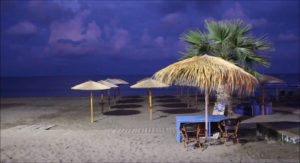 Sights of the area

In Faliraki, in addition to entertainment, you will also find important attractions that you must visit.
So, by renting a car, you can head to the thermal springs of Kallithea. The healing properties of the waters are known from ancient times.
In the mountains of the village of “Kalythies”, you will find the picturesque monastery of St John the Forerunner inside at a beautiful pine forest. In addition, in the same area, it is worth visiting the cave of stalactites of St Georgios.
Finally, the castle “Erimokastro” is equally impressive. It was a castle dating back to the Minoan era. It is at the top of the mountain, between the beaches “Ladiko” and “Traganou”. In the past, there was a port below it. They used it for the protection of the area.
Of course there are many significant beaches in the area that you should not miss to go!!